I became a photographer by accident. It just…happened.

My experience with graphics and photography began in Tuscaloosa, Alabama as a hobby when I got my first cell phone with a camera in the winter of 2010. During the early spring of 2011, I started taking photos of flowers. It was so exciting for me, because I never really had a camera before, and now I had one all the time.

After a few months of practice and playing around with my cameraphone at the UA arboretum, I found myself in the middle of the epic Tuscaloosa tornado on April 27, 2011.


My entire neighborhood, as well as all adjacent neighborhoods, and indeed a large percentage of the city, was completely destroyed. Forest Lake neighborhood, where I lived near the southeastern tip, took a direct hit and most residences were completely uninhabitable. I was at home when this happened. I will never forget.

My car was totalled.

However my house was only half destroyed.

Rental properties were suddenly very scarce. So, I found myself in the unusual predicament of living alone in a destroyed neighborhood for several months. The nights were quiet and very dark, but during the day there was a LOT of traffic – tourists, church groups, scrappers, police, national guards, filmmakers and news crews. 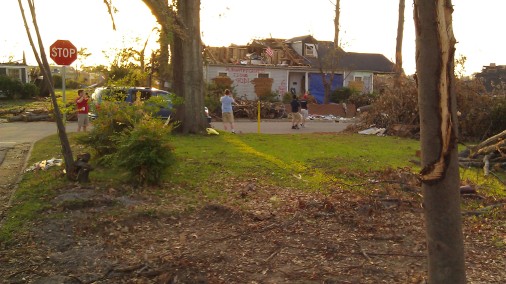 Aside from being a nerve-wracking experience – looting was common, and I was forced into a position of defending myself, my property, and the property of my neighbors, more than once – it was also a distraction from grad school. Not really by my choice, but more of necessity in a bad circumstance. When I would walk my dogs, I couldn’t help but see the details of the previous lives of all my old neighbors, scattered about. Weird things, all the time.

This pile of stringed instruments.

An incessant smoke alarm low battery, beeping from a house buried by trees. An orchestra of tarps flapping and roaring in every breeze.

The tarp covering the house across the street broke free in the wind and made a lot of noise. 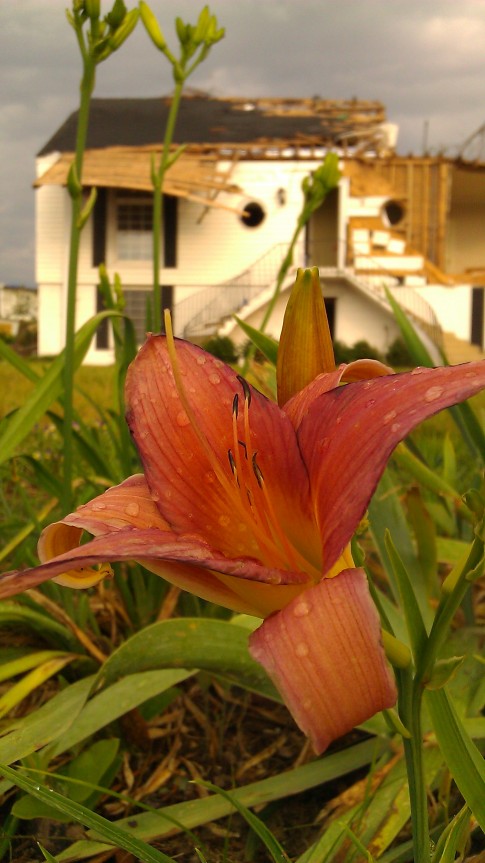 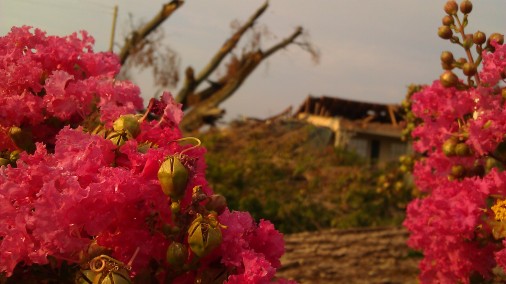 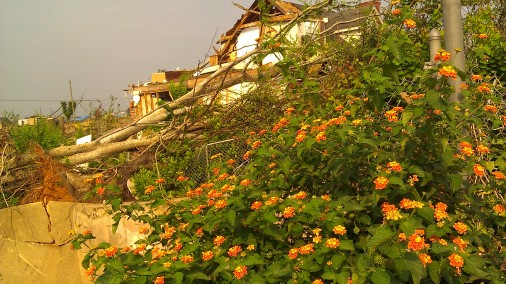 Trackhoes piling rubble 15 feet tall along every street, FEMA trucks removing the piles, only to have them replaced with fresh new towers of ruin every day. For months.

There were many dangerous situations, and this is how I lived. I took a lot of photos of my daily experiences, and gained a significant following. 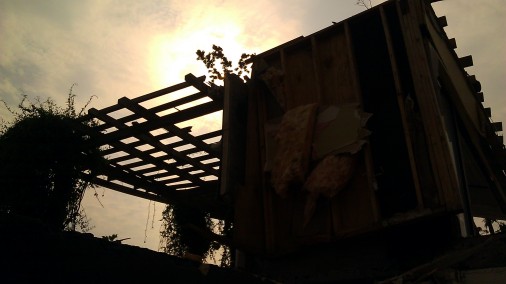 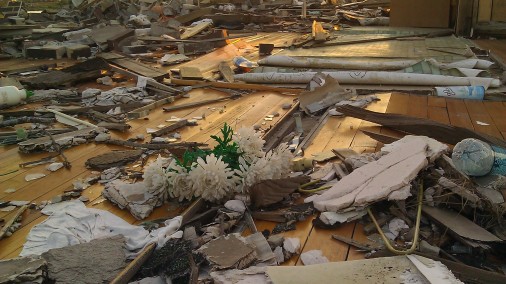 I made a cool chair from the tree that killed my car, which generated some attention, and I like to think my optimistic attitude had a positive impact on the recovery effort. 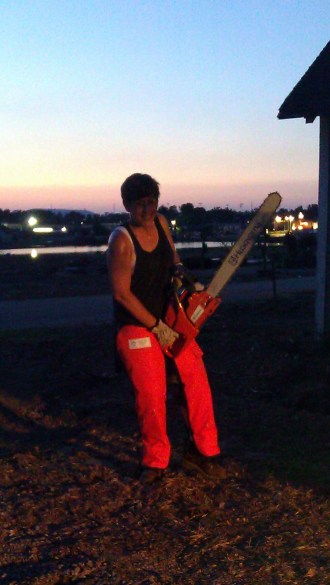 Due to local public appreciation and request, the Kentuck Arts Center in Northport Alabama awarded me the Full Moon Emerging Artist 2012 award, which came with a full gallery of space for a month. In order to fund this venture, I started a blog and launched a kickstarter, which was successful. I did not plan to be in this tornado, but I certainly tried to make the best of a terrible situation. This is how and why I became a photographer.

If you are interested in reading more about my tornado experience, my tornado diary is available on my photography website.